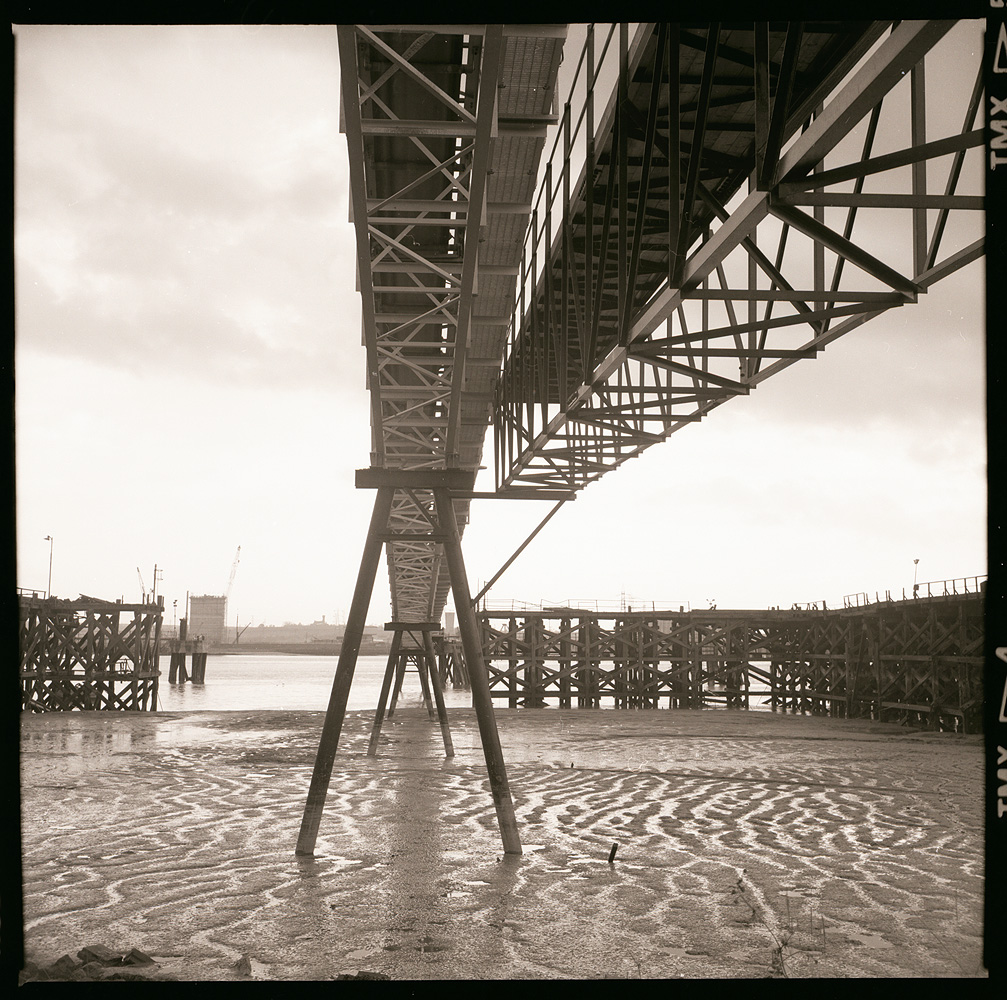 Very nearly twenty-six years ago I was stalking the Essex bank of the Thames estuary with a (then) thirty year-old Microflex twin lens reflex fixed on to a tripod. That thursday I made nine exposures. The one above was the third and it immediately became a personal favourite, but actually they are all pretty good.

“02 March – Three hours were spent [beside the Thames] with the first black and white roll in my Microflex. It was a frustrating day. Cloud was streaming over Purfleet and, although there was only fifty percent cover and always lots of blue sky, the sun did not emerge once in all that time.”

Here, now, in the digital age, nine shots in one afternoon sounds paltry, but for the previous couple of years I had been using a lot of five-by-four sheet film and was accustomed to a slow, thoughtful (and economical) way of working. Now the old camera sits in retirement on a shelf beside my desk and the negatives lie quietly, side by side in their glassine sleeves. It is time to wake them up, to introduce them to my scanner and give them a new audience. 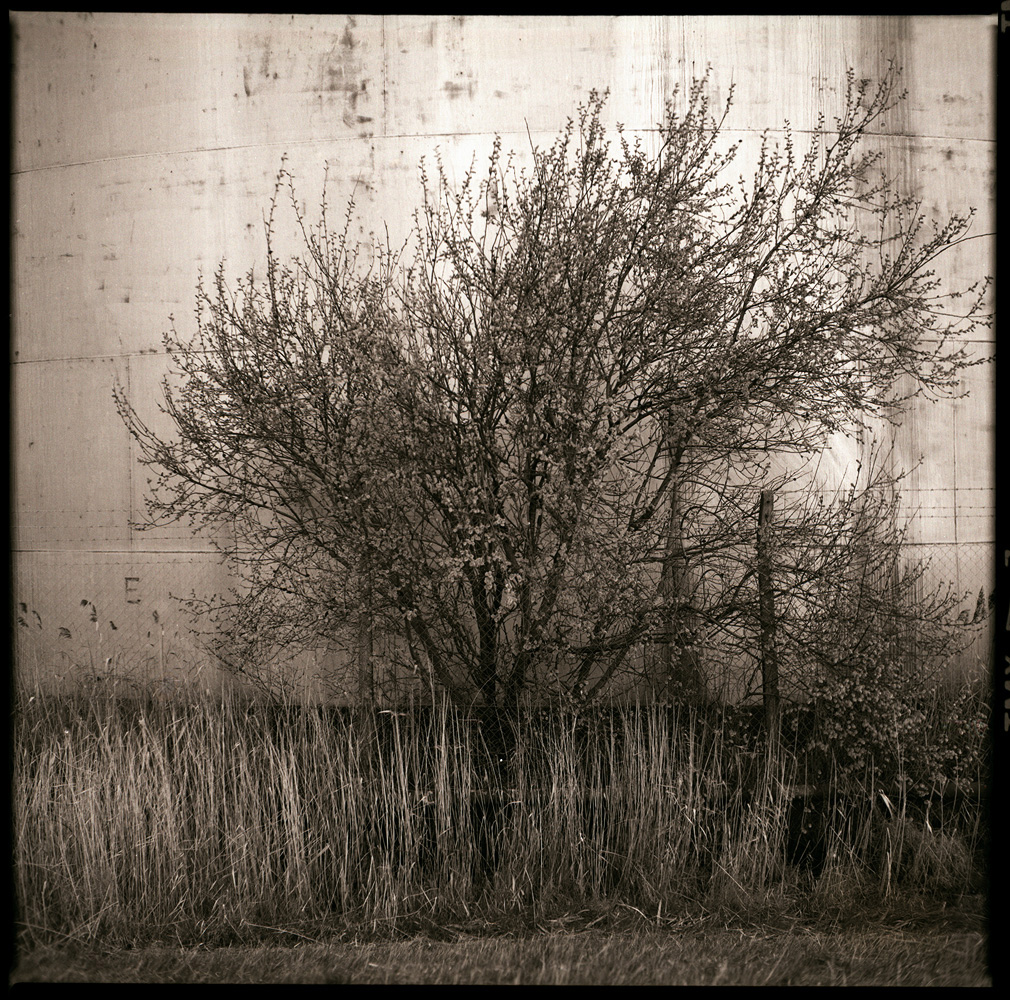