At eight-thirty this morning the cloud was so dense that it was almost dark. By eight-forty (making coffee) there was blue sky overhead. At eight-fifty (in the bath) I could hear hail pinging off the window. I decided to set-off to work early in the hope that some of the drama of this wildly fluctuating weather could be recorded on the way. 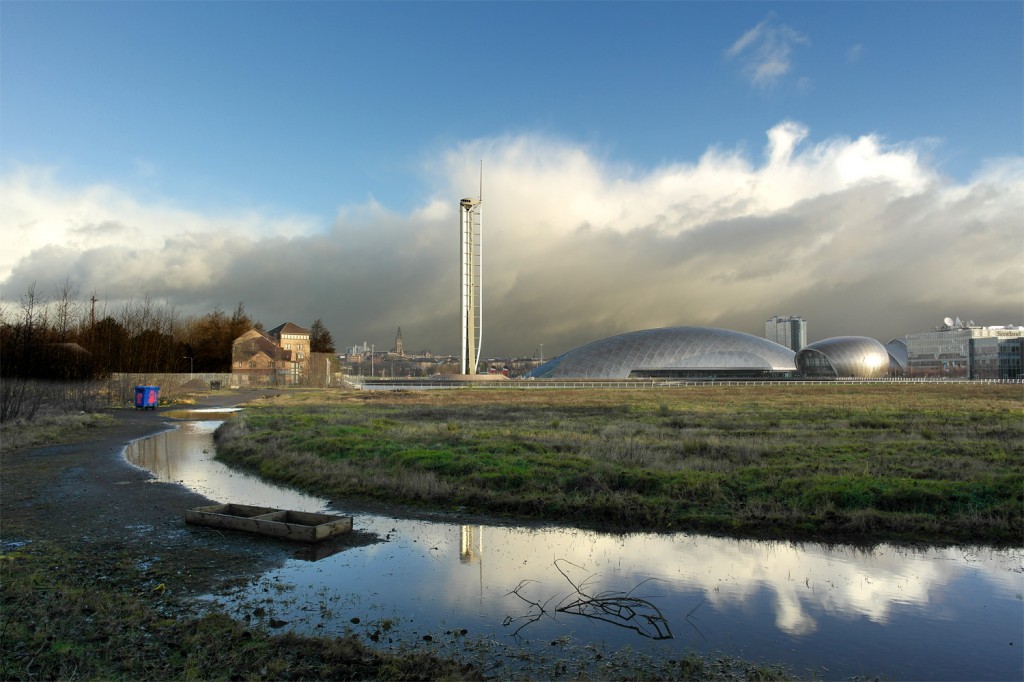 Passing Pacific Quay, the low morning sun seemed to erupt from thick cloud, dazzling in its intensity. Further down the road the light had changed completely and the sky looked like an out-take from the opening scenes of the Wizard of Oz. 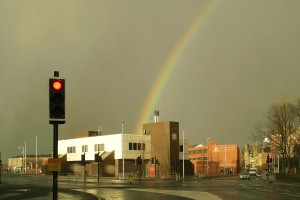 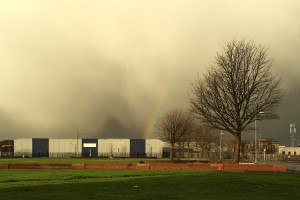 The first two images here were made less than ten minutes apart and the third (through the car windscreen) just a couple of minutes later.