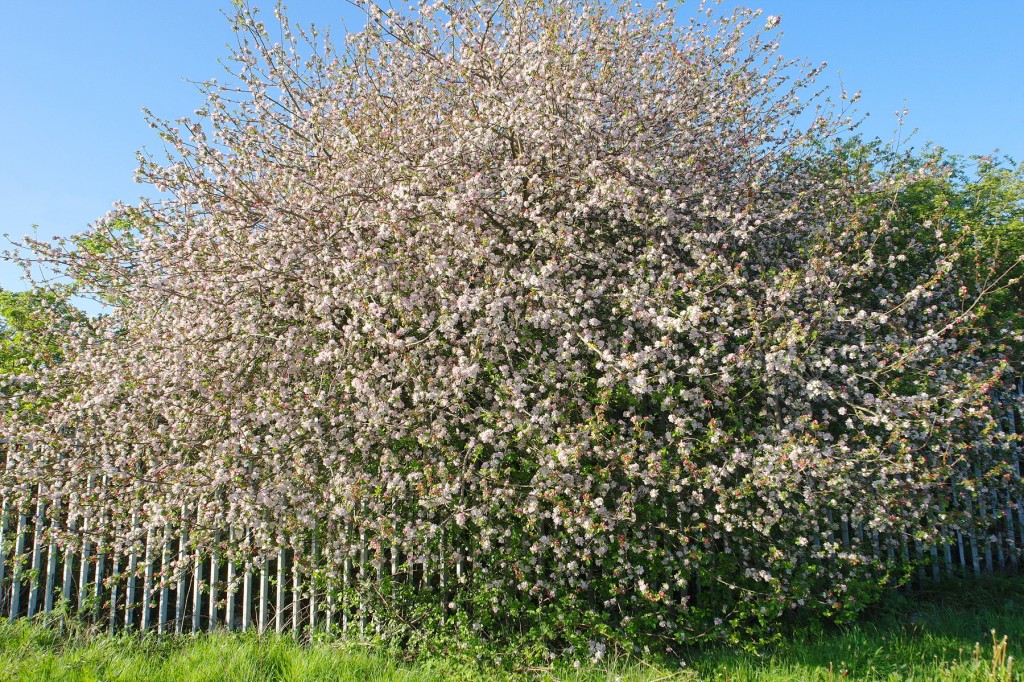 There is a cut through between the Silverburn shopping mall and nearby Kennishead which passes through some previously industrial land. Many years ago somebody must have thrown an apple core over the fence. I was absorbed in framing the mass and volume of blossom as two women pushing buggies laden with shopping bags and small children passed by me.

What are you doing?

I think that this tree, the apple blossom, is rather beautiful…

But as they move on I hear one say to the other “It is rather pretty, don’t you think? I never noticed it before.”

Just in front of the tree someone has smashed a bottle, the tiny pieces jewel-like in the low sun. 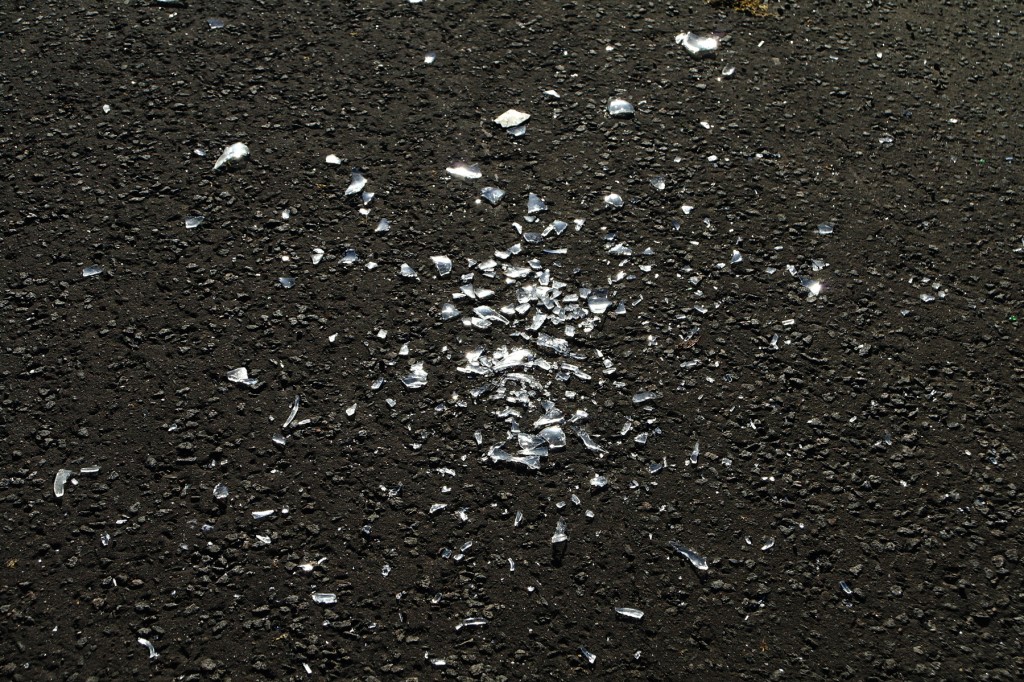