Still there are swallows

The season of mellow fruitfulness has its foot in the door, yet still there are swallows. I am not sure if mid-September is late for these makers of summer still to be flying in Scotland. It certainly feels late, but it could be that autumn and its colours are arriving early this year. This morning I saw three swallows making low passes above yellowing birch and dark skeletons of hogweed as I made my way down into a bit of waste space on the edge of Glasgow.

This is the area where I captured the rainforest-like scene shown in my recent printing on plain paper post. I wanted to see how the growth had changed in the intervening year. Access leads down a seemingly pointless strip of tarmac to a small, damp and secluded area of lush vegetation. The steep bounding embankment of this space is perforated by an opening where a railway line, long dismantled, once passed under the busy road above. I have been here a few times before and have never been able to get any further because the low-lying floor of the cutting has always been under water. Today it was dry and I could explore further.

Passing beyond the first road, the way goes through more overgrown space, under another road and, a little way after that, continues beneath a six-lane motorway. From there it appears to open into a substantial area of woodland but as I was on my way to work, I had just a little time to make a few photograps and no time to probe any deeper.

This is a strange and unsettling space. Moving through it you alternate between light and dark, open and enclosed. Along the entire length it feels confined, claustrophobic even. It has a remarkable presence and holds an astonishing secret: this is a very private gallery. Between stands of goat willow and sedge, the flat concrete walls of all these great chambers are covered in painted grafitti of the most exquisite form. There are hundreds of square metres of work painted in colours that are sometimes intense, sometimes muted. In many places the paint has been rollered and sprayed layer on layer, new art over old. How many people are responsible I can not tell, but the mix of styles indicates the work of several hands. It appears to have been made over a number of years. The ground is strewn with both aerosol and beer cans in various stages of corrosion, though many look as if they were discarded only yesterday. 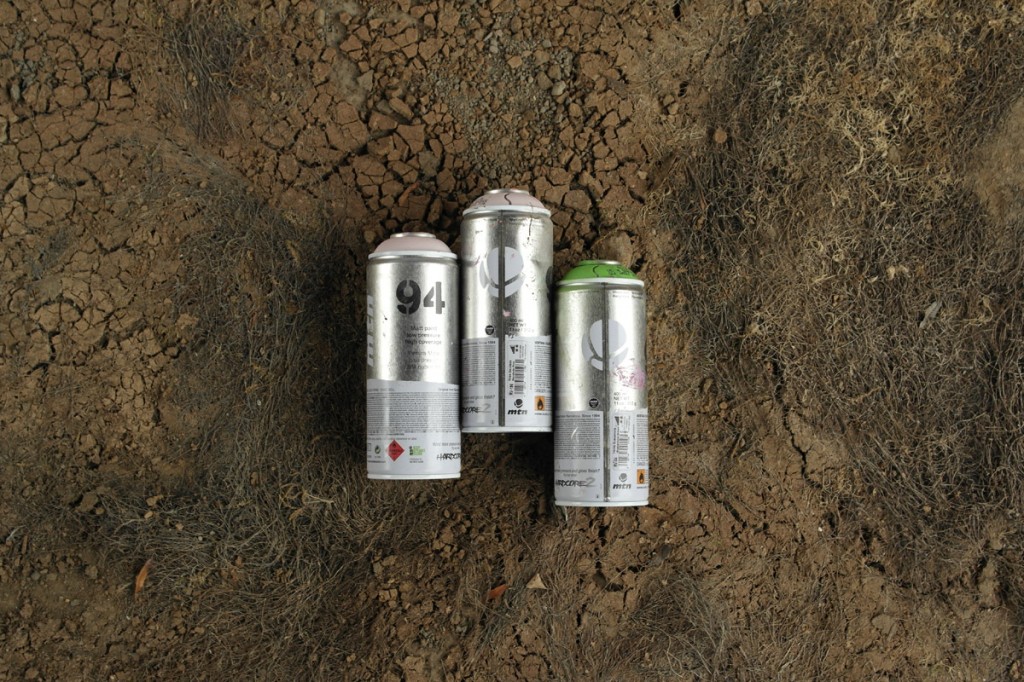 The gallery is open but not signposted. The work is ongoing but not advertised. This exhibition is not near anywhere in particular, not easily accessible and is completely hidden from outside view. It contains works of art on an epic scale, but for whose eyes? The swallows?